It was up the slopes of Gorson, where I first saw a Himalayan Brown Goral. It was a small herd of 5 to 6 individuals, and I remember how scared they were. I and my friend were trekking up the slope and the moment they saw us, quickly scampered to the forests below.

It would be 3 years before I saw them again, but the ones I encountered here were anything but shy. Though they would keep their distance, they were pretty used to humans (and sheep) and didn’t mind being seen.

I was staying with a shepherd at an altitude of 3300 Meters for a few days. His routine was and is pretty simple, get up in the morning and have an early breakfast. Then take his flock of some 200 sheep and goats for grazing. In the afternoon have his lunch, sleep for some time, and then be out till sunset.

It was a cloudy afternoon and I was lying lazily on a huge green pasture, observing some Brown gorals. They were feeding less than 100 feet from me. With the shepherds and their dogs gone, I was alone and they didn’t mind me just sitting and observing them. I was with them for an hour and around 1 PM the shepherds returned.

Now the pasture on which I was sitting upon, was like a big oval-shaped ground. It sloped both to the right and left. The slope to the right fell steeply to the forest and was bordered with dense oak trees. The slope to the left too was bordered by oak trees, but the incline was gradual and the trees far off. It was very natural for any wild animal to approach the slope from the right, so as to dash away to safety of the jungle at any signs of danger. This group too approached the slope from the right. Keeping to the edge of the forest, eventually they came out in the open, but never too far from the trees.

As the shepherds came back with their flock, these sheep and goats immediately took interest in this strange-looking animal. They were intrigued with what they were seeing and started approaching the goral. I guess they were approaching this guy not so much with fear, but out of curiosity. While all other members of the flock disappeared at their sight, this guy stayed put, keeping a continuous eye on the sheep and goats.

The goats probably didn’t like what they were seeing and slowly but surely, chased this guy until he disappeared to the forests. I and the other shepherds observed this with utmost curiosity and amusement, and the only discussion that ensued over lunch was how and what had transpired a few minutes earlier.

Do check out my other Wildlife and Landscape Photography articles here 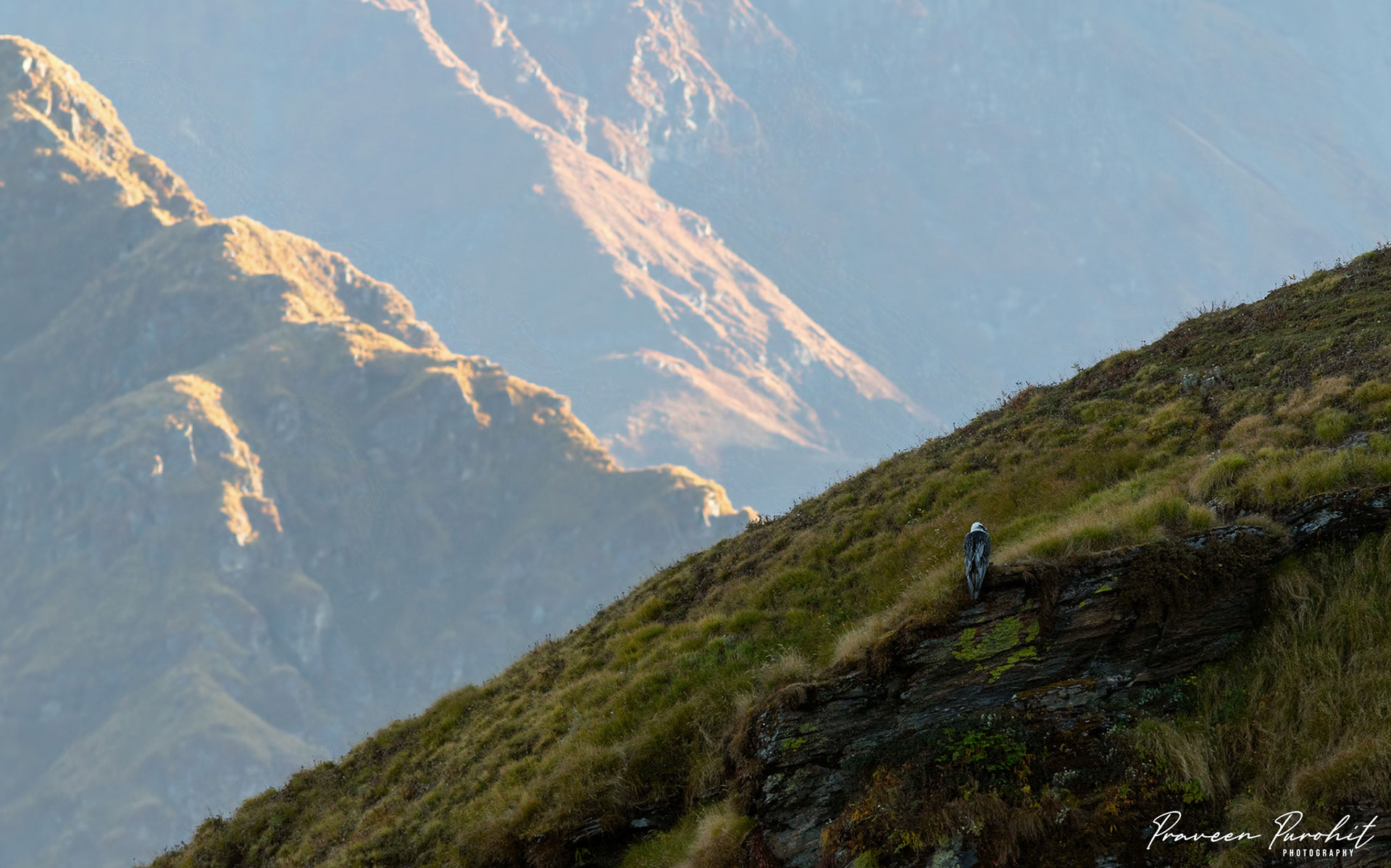