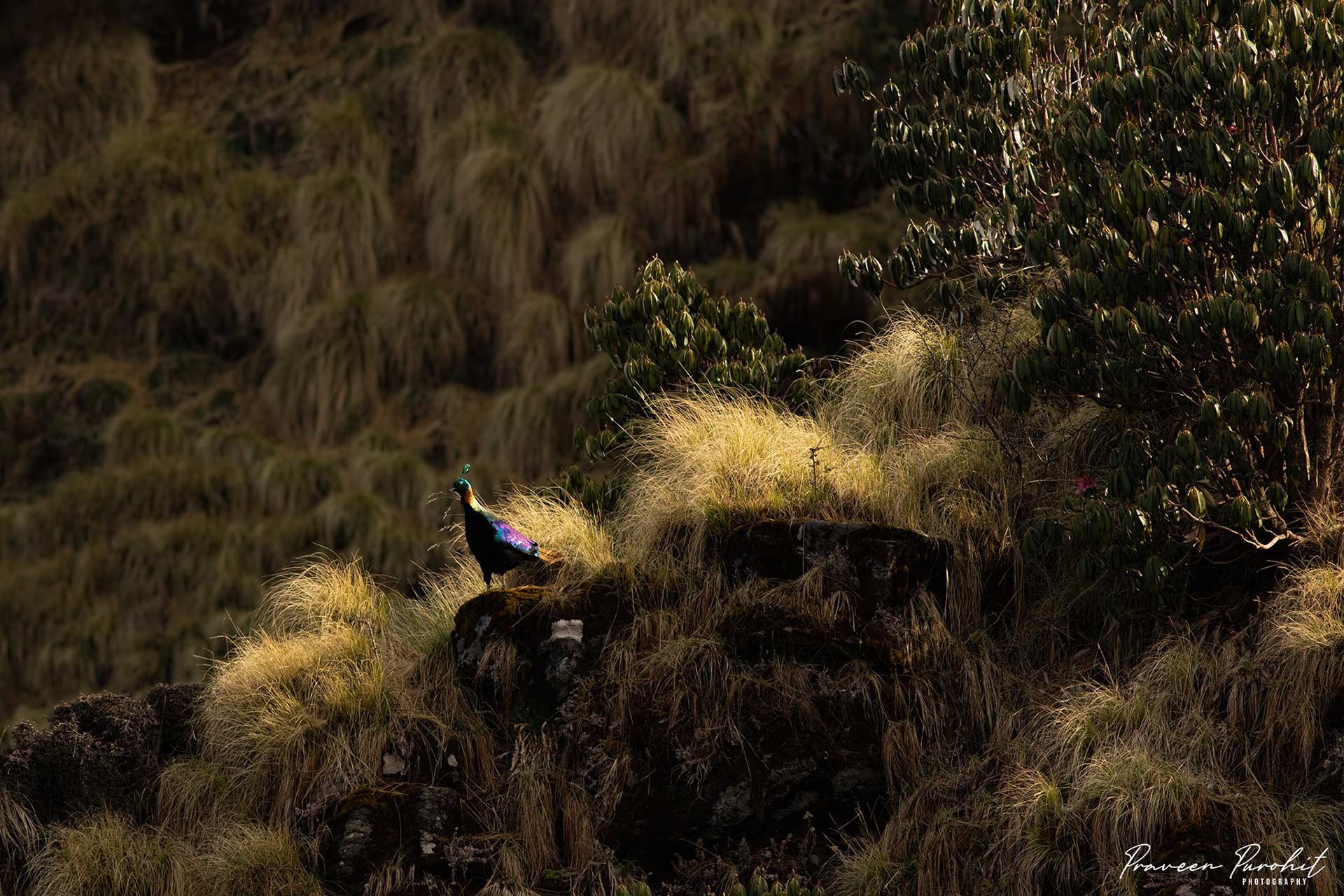 It was the beginning of May and although the plains of northern India were scorching in the heat, here with temperatures dropping below 0 degrees, the mornings were still freezing. At this altitude of 3900 Meters, spring was still in bloom and the mountains reverberating with the calls of Himalayan Monals in search of mates.

It was a beautiful morning to wake up to and search for this iridescent king of the high altitudes. With the haze of the previous day washed away by the dew that had fallen the previous night, the morning was akin to a freshly bloomed flower. The slope of the mountain on which I was tarrying faced north-west, and it would be some time before the rays of the sun lit it up.

It was a delight to see Monals 15 to 20 in numbers feeding on far off slopes, flying away at the first sight of seeing a human being in months. Golden eagles scanning the skies for an opportune moment to swoosh in and take in their potential prey. The droppings of Himalayan Tahrs along a path which they took the previous night, and the layers upon layers of mountains to the west, disappearing to the plains hundreds of Kilometers away.

It was well after the sun had risen when on a slope high above, I saw this beautiful male feeding on this rocky outcrop. Sun was just beginning to hit the slope and while this Monal was in the spotlight, the slopes to the front and back were in shadow. Hurriedly, for I knew it would not stay for long, I underexposed the shot to what I presumed would be a good exposure and took some shots. It stayed for a few moments and then as its friends had earlier done, with a piercing call it disappeared to the valley below.

Do check out my other Wildlife and Landscape photography articles here.